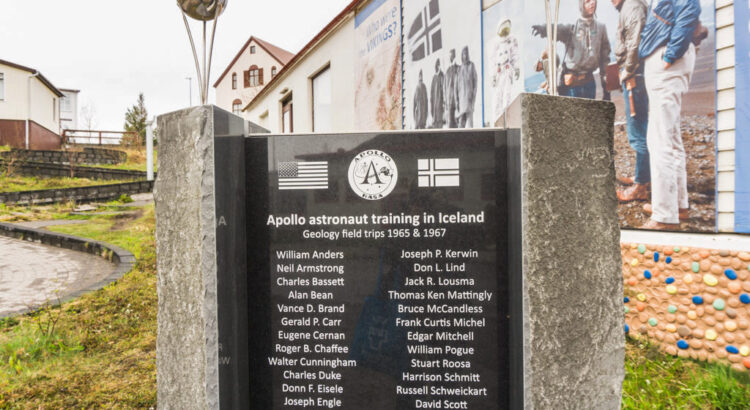 During the 1960s NASA used areas near Húsavík to train their astronauts for the Apollo missions to the Moon. These field trips were intended to further the astronauts understanding of geology, in preparation for collection of samples from the moon.

In 2015, on the 50th anniversary of the first NASA field trip to Iceland, the family of Neil Armstrong, Apollo 11 commander and first man to walk on the Moon, came to Húsavík to unveil the monument.

The building of the monument that is located in the center of town was fully paid for by Húsavík Cape Hotel, a proud sponsor of the Exploration Museum.